You are about to change to another season.
13 JUN 22
The IFAB permanently approves five-substitute option in top-level competitions 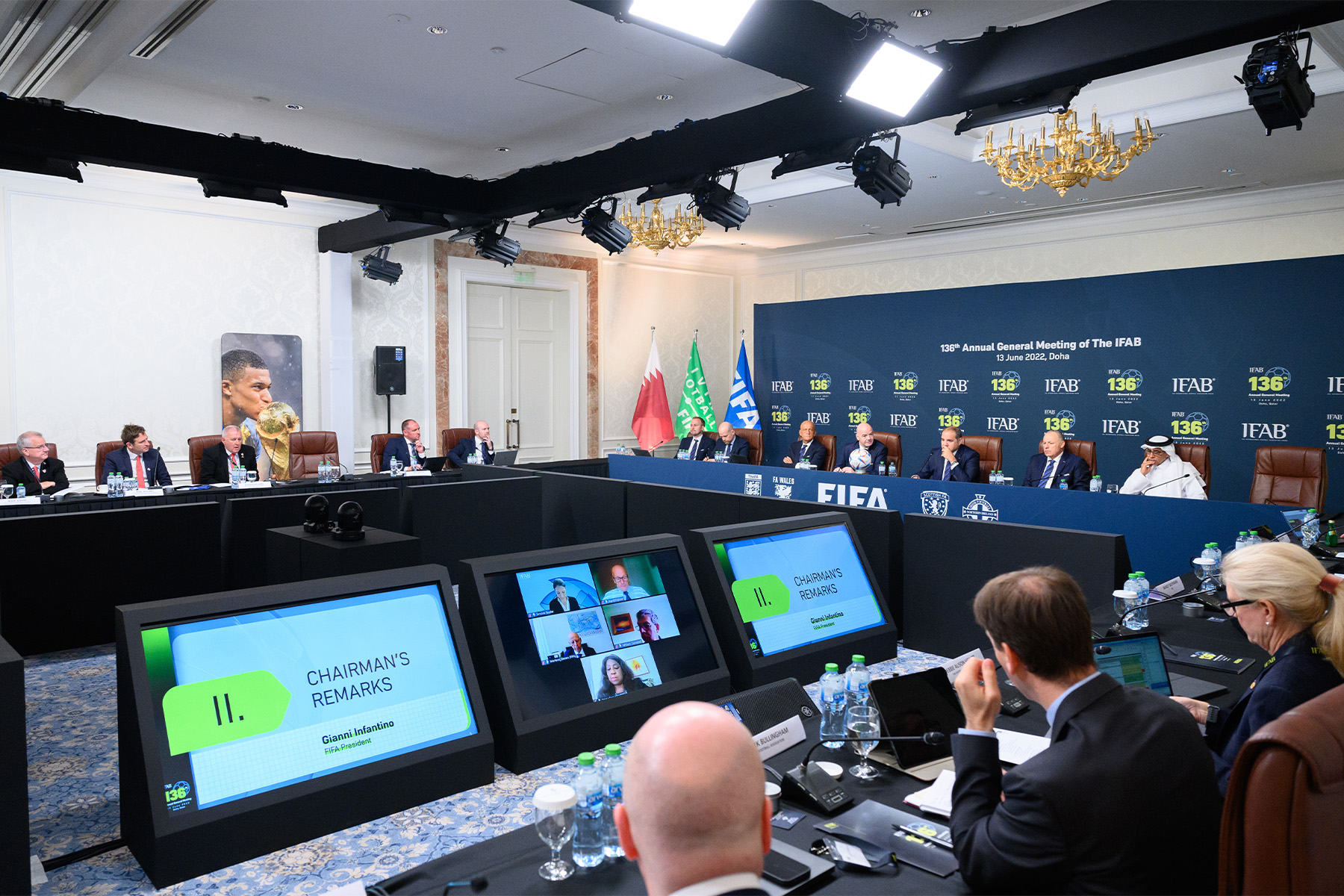 At its 136th Annual General Meeting (AGM) held in Doha, Qatar, The IFAB ratified the changes and clarifications to the Laws of the Game 2022/23 which will come into effect on 1 July 2022.

The AGM, chaired by FIFA President Gianni Infantino and attended by representatives from FIFA, The FA, the Irish FA, the Scottish FA, the FA of Wales and The IFAB administration, also discussed ongoing trials of concussion substitutes, possible alternatives to offside, and the latest technological developments to support match officials.

Lack of respect for referees and their safety were identified as global problems. The members agreed to establish initiatives to tackle these issues, including potential trials with body cameras worn by referees in adult grassroots football.

In relation to Law 3 – The Players, following a request by FIFA in May 2020 to protect player welfare during the global pandemic, The IFAB introduced a temporary amendment giving  top domestic and international competitions the option of allowing teams to use up to five substitutes; this provision was extended several times.

At today’s meeting, The IFAB accepted the recommendations from the ABM, the meeting of the Football and Technical Advisory Panels (FAP-TAP), and the strong support from the entire football community, that this option be permanently introduced into the Laws of the Game 2022/23. The current restriction of three substitution slots plus half-time was confirmed.

In addition, the members decided to increase the maximum number of named substitutes listed on the team sheet from 12 to 15 at the discretion of the competition organiser.

Members received an update on the early results of the global trial with additional permanent concussion substitutes. Although over 140 competitions are involved in the trials, the AGM supported the ABM decision to extend the trial until August 2023 to gather sufficient data to form a scientifically valid decision. Temporary concussion substitutes were reconsidered, but the members agreed that the trials should continue to focus on permanently removing any player with actual or possible concussion to ensure this player does not continue taking part in the match in question. It was agreed that further education is needed to ensure the trial protocols are applied correctly.

The AGM was updated by FIFA on innovations that could allow more competitions to use video assistant referee (VAR) technology (VAR “Light"), which has been trialled in over 100 matches, and on successful tests with systems to help video match officials determine offside situations more quickly and accurately (so-called “semi-automated offside technology”). A video support solution is also being considered for potential trial.

Other trials such as explaining certain refereeing decisions during a game, a potentially fairer calculation of playing time, and kick-ins were also discussed. The AGM was clear that these and any other trials require permission and will be supervised by The IFAB and FIFA.